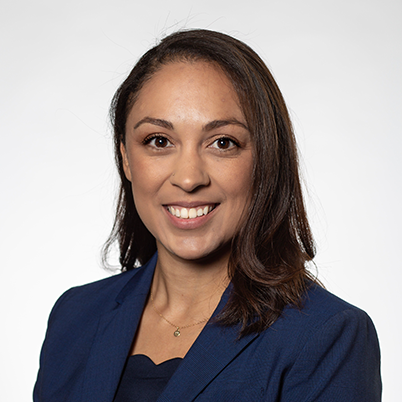 “The law provides me the best foundation for defending the rights, freedoms and autonomy of people silenced by injustice.”

Shortly after Sept. 11, Jennifer joined the Marine Corps to serve a greater purpose. Having served 11 years, Jennifer has seen inside the recruiting world, the desert sands of Iraq, the beaches of Okinawa, and the halls of the Pentagon. Throughout her time serving, Jennifer faced many of the same struggles women today have come forward to share, and this would ultimately push her to separate from the military. She went on to pursue a degree in International Studies and Arabic at the University of Oregon. During this time, Jennifer began to reconcile with her experiences and used a university program called “Get Explicit” to heal those wounds while simultaneously educating freshmen students on sexual violence prevention.

While applying to law school, the country and Corps heard news of the “Marines United” scandal. In response, she and three other women veterans formed a coalition to support victims and advocate for the betterment of women still serving in the Marine Corps. The organization continues to thrive and serves in a capacity to assist in accountability.

The former Staff Sergeant has turned difficult moments into fuel for positive change. She found expanded ways to continue her service, eager to give voice to those also in need of advocates. This goal was fortified while interning with the defense team for a Guantanamo detainee. In earning her law degree, she plans to continue defending human rights and working to serve justly those facing capital punishment, while still defending the Constitution with honor, courage and commitment.