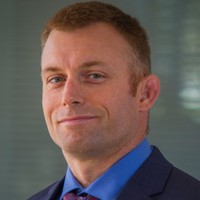 “True passion can be found in actions that require no recognition. When our contribution to humanity fuels our commitment to excellence, we leave behind the need for validation.”

Drawn to the military at a young age, by twelve Brendan was set in his dream to become a naval officer. At eighteen, in the wake of his brother’s death, he became singular in his focus to realize this goal. He no longer concerned himself with the possibility of failure so long as he gave everything he had in the attempt.

This mentality allowed Brendan to complete the arduous training enroute to his dream job. He was fortunate to encounter patient leaders along the way that encouraged his growth beyond the immature novice that entered the Navy immediately upon graduation from college. Over time Brendan grew into an officer that understood that no prior success governed the tasks at hand, and to excel, he must embrace new challenges. Brendan sought out additional opportunities to deploy and execute the missions he had spent his childhood imagining. These experiences brought with them countless lessons and Brendan’s realization that he was not driven by accolades but by the desire to make a difference in the world.

As he progressed in his career, Brendan contemplated new opportunities to serve. Following the example of mentors such as astronauts Chris Cassidy and Jonny Kim, Brendan charted a course to MIT and WHOI for a master’s degree in mechanical engineering. As a Ph.D. candidate, Brendan is committed to his research into human-robot teaming to maximize their combined strengths. These efforts will support exploring deep ocean and space environments to enhance our knowledge, increase survivability, and enable a better future.