In 2005 while serving in the U.S. Air Force in Afghanistan, Master Sgt. Israel Del Toro was following routine orders when his Humvee rolled over a buried pressure-plate mine and exploded. The blast severed most of his fingers and left him in a coma for nearly three months, with burns covering the majority of his body. He was given a 15% chance of survival, but Del Toro defied the odds and made a miraculous recovery. During his rehabilitation, Del Toro was introduced to adaptive sports as a therapeutic outlet and it quickly became something he excelled at. He eventually set world records in shot put, discus, and javelin and won a gold medal at The 2016 Invictus Games. For his perseverance and commitment to his country, Master Sgt. Israel Del Toro will receive The Pat Tillman Award for Service at The 25th ESPYS Presented by Capital One on July 12. EMMY Award-winning host, writer and producer Jon Stewart will present the honor during the live telecast on ABC.

After waking up from his coma, Del Toro was given a bleak prognosis and was told he may never walk or breathe on his own again, and that he most definitely would not be able to re-enlist in the military. Despite the myriad obstacles in front of him, Del Toro remained determined and made a promise to himself that he would return to active duty one day. In May 2006, less than a year after the accident, he was walking and breathing on his own, and was awarded the Purple Heart for his bravery in the face of adversity. In 2010 Del Toro achieved his goal, and became the first 100-percent combat disabled Air Force technician to re-enlist, proving once again what one can achieve with steadfast tenacity and determination.

Del Toro has never let his disabilities limit him. In 2014 he participated in the inaugural Invictus Games — a competition for wounded servicemen and women created by Prince Harry. Although he lost his fingers and some vital muscles in the explosion, he was able to lift 215 pounds in the power lifting event. During the second Invictus Games in 2016, Del Toro was honored by President George W. Bush in the opening ceremony. That year he took home a gold medal in shot put.

Through his actions, Del Toro seeks to eliminate the stigma associated with disabilities, and prove that with perseverance no obstacles are insurmountable. Today, Del Toro continues to serve in the military, and as a member of the World Class Athlete program is training for the 2017 Warrior Games in Chicago.

“First, I’m humbled for even being considered for this prestigious award named after Pat Tillman, a man I admire, but to actually receive this honor is unbelievable,” said Del Toro. “When I heard that Pat Tillman gave up a career in the NFL to serve his country after the 911 attacks, it gave me so much pride to call him a brother in arms. He truly is a shining example of Service Before Self. To Mrs. Tillman and the Pat Tillman Foundation, I give you my pledge that I’ll always try to live up to the true meaning of the Pat Tillman Award for Service in everything I do, and to represent his spirit to the best of my ability.”

The Pat Tillman Award for Service was established in 2014 to commemorate the former NFL player and U.S. Army Ranger’s legacy, and honor an individual with a strong connection to sports who has served others in a way that echoes the legacy of Tillman. Del Toro will be presented with the award at The 25th ESPYS in conjunction with the Pat Tillman Foundation, a national leader in providing academic support and scholarships to veterans, active-duty service members and their spouses. Past honorees include U.S. Paralympic gold medal sled hockey player and Purple Heart recipient Josh Sweeney (2014), former Notre Dame basketball player, Iraq war veteran and Purple Heart recipient Danielle Green (2015) and world-class Paraswimmer and Iraq war veteran Sgt. Elizabeth Marks (2016).

“Pat was motivated by a strong duty to protect and empower his family and teammates,” said Marie Tillman, Chair and co-founder of the Pat Tillman Foundation. “As an Airman and athlete, Israel embodies the same spirit of service, leading by example and motivating those around him to beat the odds. He has refused to let his disabilities conquer his competitive spirit or hinder his determination to give back. In Pat’s name, we’re honored to present the Tillman Award to Israel for his service and leadership as a voice for this generation of veterans.”

The 25th ESPYS, hosted by five-time NFL MVP and two-time Super Bowl champion Peyton Manning, will air live on Wednesday, July 12, at 8 p.m. ET on ABC from the Microsoft Theater in Los Angeles. Tickets are available for public purchase at AXS.com. For additional ESPYS news and information, please follow the official Twitter handle: @ESPYS. More information can be found in the ESPYS media kit.

This year marks the 25th airing of The ESPYS which gathers top celebrities from sports and entertainment to commemorate the past year in sports by recognizing major sports achievements, reliving unforgettable moments and saluting the leading performers and performances. The 2017 ESPYS will recognize both sport-specific achievements, such as “Best MLB Player” and “Best WNBA Player,” and best-in-sport winners, such as “Best Team” or “Best Female Athlete” that pit nominees from different sports against each other. The ESPYS support ESPN’s ongoing commitment to The V Foundation for Cancer Research, launched by ESPN with the late Jim Valvano in 1993. Nov 20, 2019 | Featured Media, News
On Tuesday, Nov. 19, the NFL Network debuted “The Legacy of Pat Tillman,” which tells the story of Pat’s life through the words of those 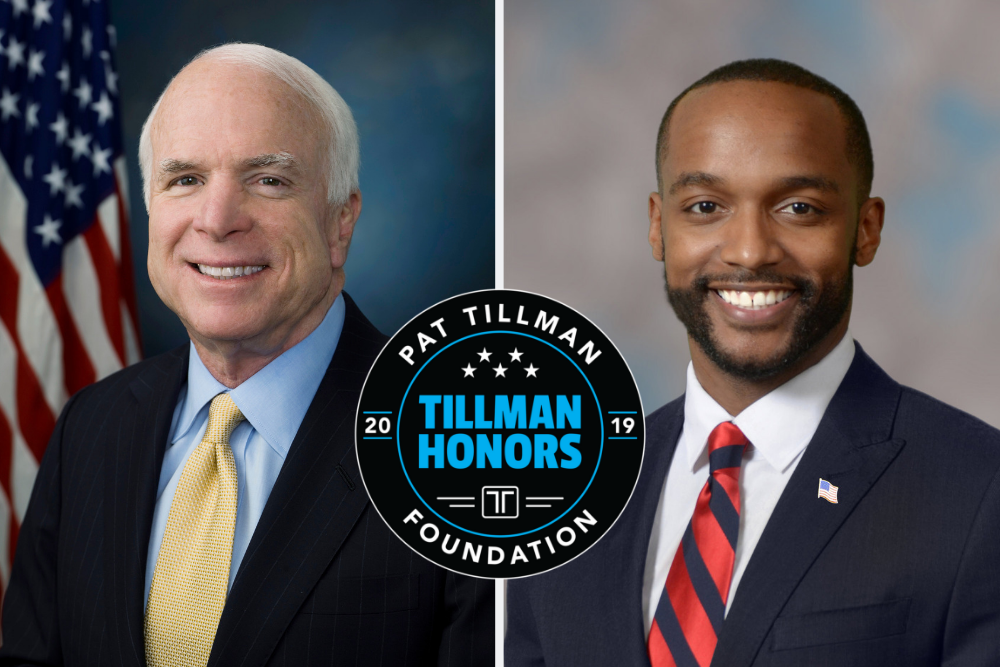 ESPYS Pat Tillman Award for Service given to Kirstie Ennis