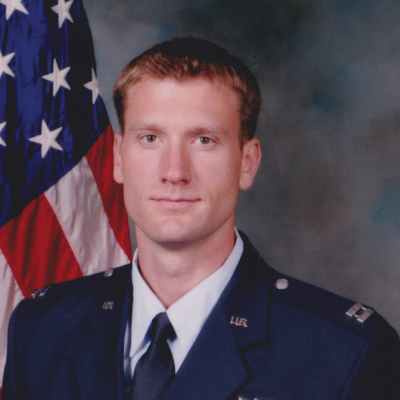 “I’m inspired to empower patients to live passionately according to their values.”

Growing up in a military family, Ryan was taught from a young age the significance of service before self. At 18 he started his military journey at the U.S. Air Force Academy, where he learned Arabic and the importance of teamwork and leadership. After graduating, Ryan volunteered for an assignment to Iraq, managing personal security teams for Iraqi politicians. Upon returning stateside, he performed nuclear alert duties as a launch control commander and instructed junior commanders to ensure safe and secure operations with ICBMs. He then went on to work with NSA and Air Force Space Command assets to support counter terrorism operations in Afghanistan and Southwest Asia.

Throughout his time in Iraq, Afghanistan, and Southwest Asia, Ryan observed a common thread: the power of medicine to de-escalate violence and improve relationships within the communities served. Moved by military physicians’ ability to transform the communities they served, he decided to pursue a career in medicine.

Now a second year medical student, Ryan is keen to apply the lessons he learned in the military to helping communities closer to home. His research efforts are focused on non-opioid pain relief, healthcare record management and security, and improving access to telemedicine. By leveraging his big data experience from the NSA, Ryan is working hard to develop a more secure way to manage healthcare records in a way that will also personalize patient care. He also hopes his work with non-opioid pain treatment will someday help reduce opioid dependence throughout the United States.