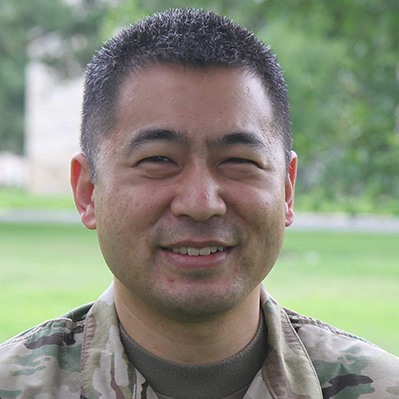 “The law is just when it deals equitably with the least advantaged. As a lawyer, I am committed to giving society’s disregarded members a voice.”

Inspired by his family’s tradition of public service, Robert successfully applied to West Point where he earned a bachelor’s degree in international history and was commissioned as an Army officer in 1999. He deployed to Iraq and Afghanistan and also served a tour in South Korea. However, he considers teaching history at West Point to have been the most personally consequential experience of his career.

As a faculty member, Robert maintained a substantial research agenda, delving into the French-Algerian War and other internecine conflicts. His historical and sociological examination of past wars deepened his appreciation for the plight of today’s refugees and the particular conditions that hinder the disenfranchised. Robert was drawn to the hardships of such underrepresented communities as a cause for which he wished to make a broad and lasting impact.

Robert retired from the U.S. Army in August 2019 to pursue a juris doctor at St. Mary’s University in San Antonio, Texas, and honor his heart for the indigent by focusing on criminal and immigration law. He intends to serve the immigrant and underserved communities as both a legal and policy advocate. Robert believes that individuals within the reach of the Constitution have a sacrosanct claim to the high principles of American democracy and has committed himself to bringing the hope of those principles to marginalized communities.