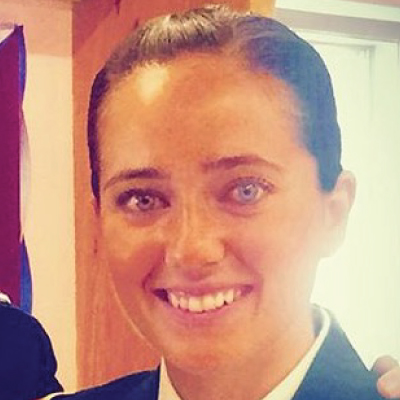 Like many veterans of her generation, Meghan recognizes September 11, 2001 as a turning point in her life that influenced her decision to join in the military. However, amidst the tragic memories of that day, Meghan most vividly remembers the resiliency that the country she loves displayed in the face of incredible adversity. It is this admiration for her country and her fellow countrymen, that inspired Meghan to attend the United States Military Academy at West Point, where she graduated and commissioned into the field artillery branch in 2009.

After serving as a field artillery platoon leader and executive officer, Meghan applied and was selected for deployment to serve on the U.S. Special Operations Command’s first Cultural Support Team. As a CST, Meghan was responsible for collecting relevant, time sensitive, and mission critical intelligence from Afghan women and children in order to support the operations of the 75th Ranger Regiment. In October of 2011, Meghan’s personal resilience was tested when her friend and teammate Second Lt. Ashley White Stumpf was killed in action and she was selected to replace her.

Inspired by her service in Afghanistan, and the fragile human security environment she worked in, Meghan is now pursuing a Master’s in International Security, with concentrations in intelligence and human security, and continues to serve in the reserves as a civil affairs officers. Meghan hopes to improve global human security outcomes by working to identify risks and vulnerabilities in post-conflict societies and helping to mitigate emerging threats by building capacities for community resilience.