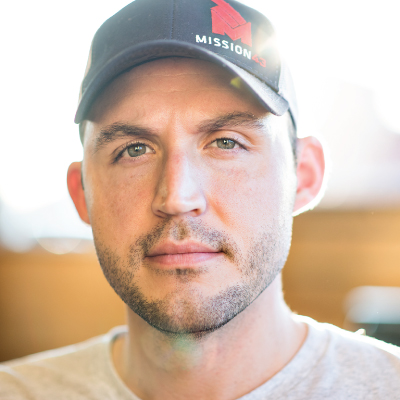 “After overcoming adversity throughout my life, I realized that risk is greater than regret.”

After watching the events of 9/11 unfold, Matt sought a greater purpose and enlisted in the Army. He became a Forward Observer and deployed to Iraq in 2003. Afterwards, he attended the United States Military Academy, became an Army Aviation Officer, and successfully assessed for an Army Special Operations Aviation unit, deploying seven times in support of worldwide contingencies. During his last assignment, Matt became an Instructor Pilot and commanded a Chinook flight training company, completing 11 years on Active Duty. He continues to serve as an ROTC Professor in the Army Reserve.

Graduating from an inner-city high school with little hope for the future, the Army allowed Matt to take chances that changed the trajectory of his journey. Of all his military experiences, Matt realized the most powerful was empowering and helping people to overcome adversity and achieve success. Currently, Matt is pursuing his MBA in Leadership and Organizational Behavior at The Fisher College of Business, giving him the breadth of knowledge and experience required to help others succeed. During his first year in the program, Matt discovered that his story could inspire others to overcome self-doubt and obstacles in their way.

Motivated after serving with several nonprofits, Matt is creating a coalition of advocates who create opportunity for the underserved and underprivileged populations of Columbus, Ohio through social ventures, entrepreneurship, and community engagement. Matt continually gives hope and motivation to others to step into the arena, overcome their circumstances and follow their dreams.