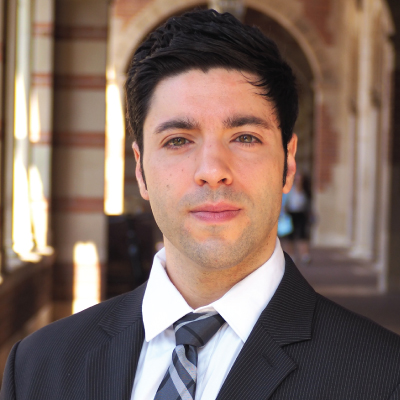 “As scientists we’re not just tasked with understanding the world, we’re tasked with making it better.”

Born and raised in upstate NY, Christopher enlisted in the U.S. Navy shortly after graduating high school as a way to travel the world and make a difference. During his enlistment, Christopher worked in an F-18 squadron as an aviation electronics technician. Here, he participated in several large-scale international training operations both stateside and in the Pacific. After four years of service, he decided to separate from the Navy in 2009 to pursue his bachelor’s degree in computer engineering at California State University, East Bay.

While an undergrad, Christopher wanted to apply his technical skills towards developing technologies critical to national security interests and obtained a research position with the Department of Energy at Sandia National Laboratories. It was here where he found a way to integrate his technical knowledge with his military experience to help identify unique scientific challenges our country faces both domestically and abroad. With his new-found passion for scientific research and discovery, Christopher went on to complete his Master’s Degree in chemical engineering at San Jose State University to further hone his technical and research skills.

Now, as a Ph.D. candidate at the California Institute of Technology, Christopher works on developing techniques to rapidly analyze and identify the structure of organic molecules and biological compounds. He hopes to one day use his research to develop technologies which can be deployed in the field to help military personnel quickly detect life-threatening chemical and biological agents present in the environment.