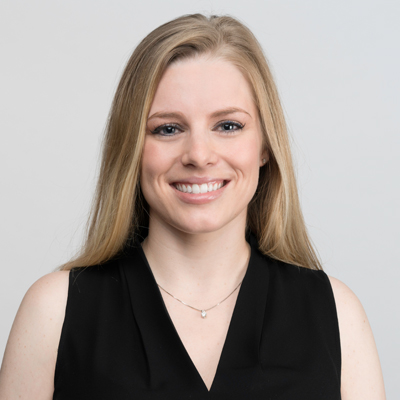 “I believe I can best improve our collective future by helping to ensure food security for all.”

In September 2001, Amie watched the pain of the 9/11 attacks cut deeply into her tight-knit suburb outside Washington, D.C. as friends buried parents and siblings who were lost in the Pentagon. Not coming from a military family, the idea of joining the service to help fight the War on Terror was a scary prospect. Doing nothing, however, was scarier. She spent the next four years learning the art of leadership as an ROTC Cadet, and in 2006 commissioned and joined the Army’s Aviation Corps as a Blackhawk helicopter pilot.

Since then, Amie has spent a decade serving across the globe and informed by those experiences now aspires to serve as a public health veterinarian for the U.S. Government. While stationed in Honduras, the saying, ‘Give a man a fish and feed him for a day; teach a man to fish and feed him for a lifetime,’ took on a profound meaning. Part of her aviation unit’s mission was to help provide humanitarian assistance and medical care to impoverished Central American and Caribbean communities. As the company commander, she led numerous aid delivery missions throughout Honduras, El Salvador, Guatemala, and Belize, where she discovered how veterinary and public health services are vital to ensuring the health of local populations’ tenuous food sources and preventing the spread of zoonotic diseases.

While teaching community members how to properly care for and cultivate their animals, she watched as veterinarians promoted the establishment of sustainable animal agriculture, significantly improving family health and income potential. Serving these villagers, she realized the greatest concern of most global communities is food security, so that they may provide a healthier future for their often-undernourished children. This awareness has set her life course. Guided by her passion for medicine and global service, Amie is now pursuing her Doctor of Veterinary Medicine degree at North Carolina State University’s College of Veterinary Medicine. With her understanding of species epidemiology and the ecology of zoonotic and foodborne diseases, she hopes to improve animal and human health in the U.S. and abroad.