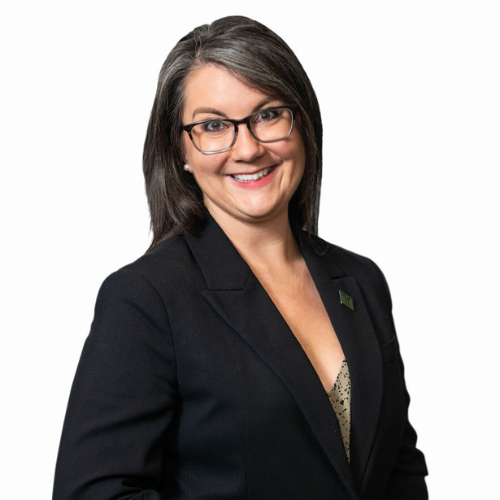 Tabatha Renz is a 2013 Tillman Scholar and joined the Pat Tillman Foundation staff as a Program Manager in October 2019 and became the Associate Director, Programs and Scholarships in 2021. Here, she connects her fellow scholars and supports their continued professional development.

Tabatha brings extensive experience in the nonprofit and government sectors. Her previous roles in AmeriCorps, Serve Idaho, Iraq and Afghanistan Veterans of America, and the City of New York have allowed her to focus her efforts on the veteran and military family community in a variety of ways.

As a first-generation college student, Tabatha proudly received a Bachelor of Science degree in Health Science Studies from Boise State University. She also holds a Master of Public Administration degree from New York University and is credentialed as a Certified Change Agent.

Originally from the small town of Dillon, Montana, Tabatha moved to New York City to live the big city life in 2013. When she isn’t strolling through the streets of her home in NYC, she can typically be found training for a marathon or watching a Boise State Broncos football game on the Blue Turf with her mom.