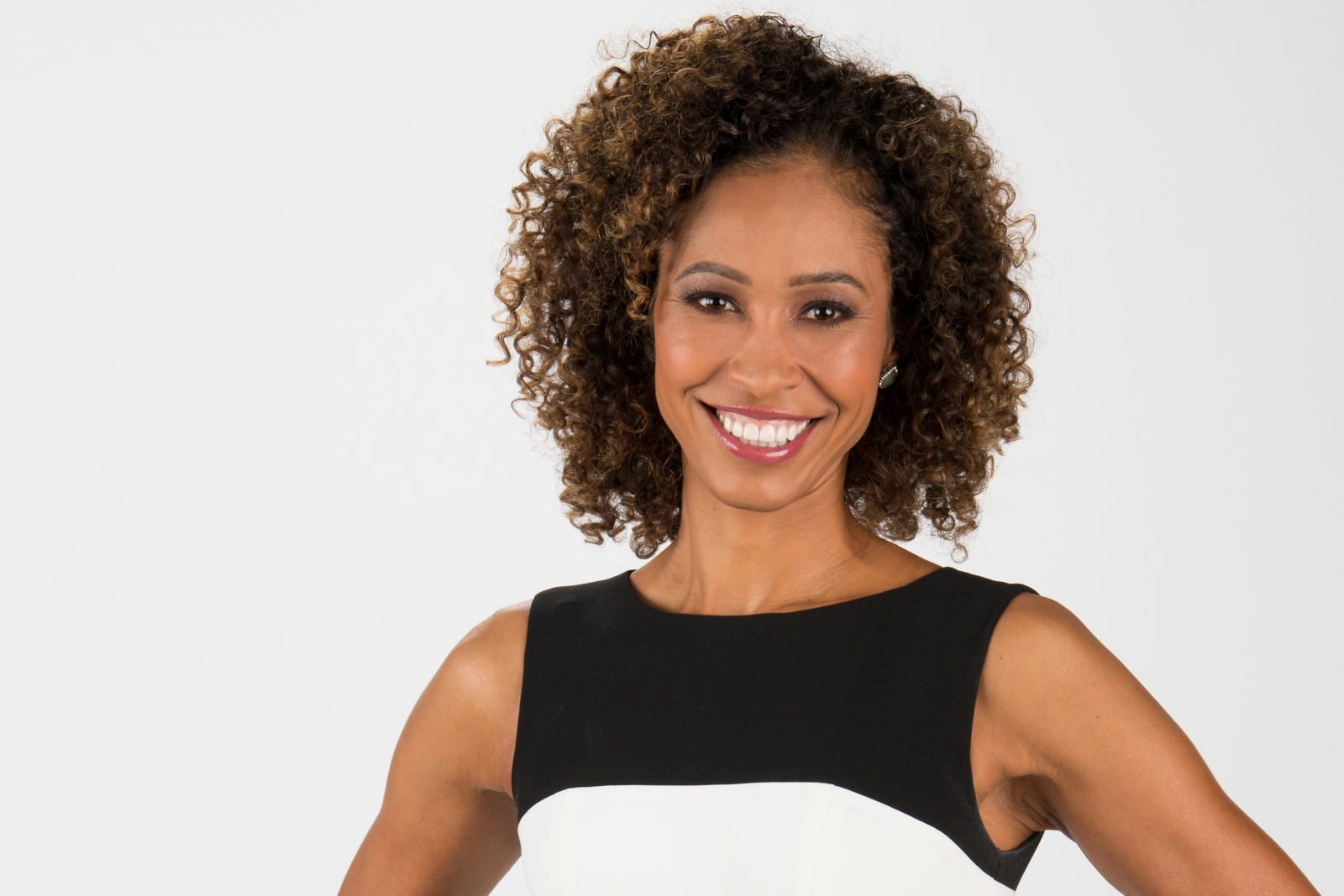 Sage Steele is one of ESPN’s most popular and respected commentators, currently serving as the lead host for SportsCenter on the Road.

In addition to her ESPN position, Steele has co-hosted ABC’s and ESPN’s New Year’s Rockin’ Eve coverage during the College Football Championship and has been a featured guest host on ABC’s The View. In 2015, Steele added ‘mommy blogger’ to her job portfolio, contributing several stories to Disney-owned Babble. She has also been a guest on Jimmy Kimmel Live and has been profiled by Rolling Stone, Wall Street Journal, Vibe and Huffington Post, to name a few.

Previously, she hosted NBA Countdown from the 2013-14 NBA regular season until the end of the 2016-17 NBA regular season.
Steele, who joined ESPN in 2007, served as a regular anchor for SportsCenter, the network’s flagship news and information program, until 2013.

Steele graduated from Indiana University in 1995 with a Bachelor of Science degree in sports communications. In her spare time, Steele volunteers with the Pat Tillman Foundation and is passionate about working alongside military veterans. She enjoys horseback riding and spending time with her husband and three children.